A Cautionary Tale For Tough Times 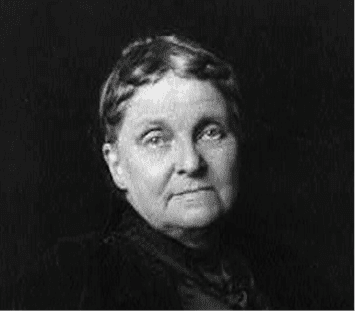 During the Gilded Age of the late 19th century, a woman named Hetty Green was one of the most powerful financiers in the world. Green made the majority of her $100 million fortune ($3.8 billion in today’s dollars) herself, investing in railroad stocks and bonds, US government bonds, and mining stocks. She also provided loans to cash-strapped businesses and bailed out the city of New York on several occasions.

But high society didn’t quite know what to make of Green. Despite having all the makings of a socialite – a huge fortune and a direct bloodline to the Mayflower settlers – Green preferred to dress plainly and conduct business with men. That Green preferred black, Quaker-style dress to fancy clothes wasn’t the only reason she’s best remembered by the epithet “The Witch of Wall Street,” though.

Green was much maligned in the press and among her contemporaries, who called her stingy and greedy. People couldn’t make sense of this wealthy woman who reputedly didn’t give to charity and made a habit of suing people – including members of her own family. Her frugality is legendary: She was even listed in the Guinness Book of World Records as the “World’s Greatest Miser.”

Unfortunately, Green’s enduring legacy hinges on the “Witch of Wall Street” dichotomy: Discussions of her enormous self-made fortune are typically offset by tales of how cheap and mean she was. Though it’s tempting to dispel a few of these myths and paint a less-wicked picture of Green, doing so ignores the more relevant lessons we can learn from her.

Here are five lessons we can learn from Hetty Green about investing and life.

Women would be much happier if they learned the principles of business in girlhood, Green once told the Ladies’ Home Companion. Indeed, she credited much of her business acumen to lessons learned watching her grandfather run the family business while she was still a girl.

Green’s family made its fortune by owning a successful whaling fleet in Massachusetts. In the first part of the 19th century, whale oil, especially oil from the massive sperm whale, was a hot commodity. It was widely used to fuel lamps and make household items like soap and varnish. It could also be used as a machine lubricant because it maintained its density at high temperatures and resisted freezing.

When his eyesight began failing, Green’s grandfather Gideon Howland asked her to read him books and newspaper articles, as well as stock quotes, bond yields, and commodity prices. When young Hetty proved to be a precocious learner who asked insightful questions, he asked her to help him with his business correspondence, which she later said was how she learned her business methods.

After Gideon Howland died in 1847, Green’s father Edward Robinson took over the whaling business, and Green became even more involved in day-to-day operations, including bookkeeping, inspecting shipments, and negotiating prices with merchants, clearinghouses, and suppliers. She also learned how to buy stocks and bonds at brokerage houses.

Business boomed in the 1850s, but declined precipitously after 1859, when petroleum was discovered in Pennsylvania. Kerosene, derived from petroleum, was a superior lighting source in nearly every way. It was longer-lasting, did not give off an offensive odour when burned, and was easier to produce and source, which made it cheap.

In 1865, five years before his death, Robinson divested the family’s whaling fleet and invested the money in a business that specialized in shipping goods via steamship from New York to San Francisco.

Through close observation Green gained a sophisticated knowledge of shipping routes and logistics, which, along with her keen understanding of balance sheets and financial statements, would give her a huge advantage when she later invested in railroads.

“There is no great secret in fortune making. All you do is buy cheap and sell dear, act with thrift and shrewdness and be persistent,” she once reportedly said.

One of Green’s earliest contrarian investments was buying undervalued currency in the post-Civil War period known as Reconstruction.

The Civil War proved to be longer, bloodier, and costlier than expected, and the government needed to find a way to finance it without taking out loans at exorbitant interest rates. In 1862, Lincoln and Congress authorized the issuance of United States Notes. They were called “greenbacks,” and were not backed by gold, but rather by the full faith and credit of the U.S. government.

A total of $450 million of greenbacks were in circulation, but the value of these notes fluctuated depending on investors’ confidence in the country’s economic future.

When the Civil War ended in 1865, the outlook for the country’s future was cloudy. Many people viewed the country’s economy as doubtful and, worried about the stability of the government, refused to pay face value for its greenbacks. Instead, they rushed to gold.

As the value of the greenback sank lower and lower (at one point as low as $0.50 on the dollar), Green scooped up more, confident that the greenbacks would recover their value given time, and she was right: The Resumption Act of 1875 effectively put greenbacks on par with gold by allowing greenbacks to be redeemed at face value.

Green earned much of her vast fortune by making smart, well-timed railroad investments.

After the Civil War, railroad construction boomed. While the Northern states benefited from a complex railway network that connected major cities, the rail lines in the South were mainly short lines designed for hauling goods to local seaports. (This had proved to be a big disadvantage to the Confederacy during the war.)

Recognising the important role railroads would play in the nation’s future, Green invested heavily in them, putting her knowledge of shipping routes and trade logistics and her sharp analytical ability to work.

On May 10, 1869, a ceremonial golden spike was driven into the ground to mark the completion of 1,776 miles of track that made up the nation’s first transcontinental railroad, which united the country and changed it forever.

By 1875, a sophisticated railroad system bridged towns and cities and efficiently moved goods across the country. By this time Green, along with contemporaries J.P. Morgan, Andrew Carnegie, and Commodore Vanderbilt, had amassed a substantial stake in U.S. railroads.

In the first few years of the 20th century, the U.S. experienced an economic boom. Railroads and businesses borrowed money to expand, and investors borrowed money to buy stocks and real estate. The prices of financial assets kept rising, which induced people to buy even more. As demand for money increased, the cost of borrowing money rose.

At higher interest rates, however, many borrowers couldn’t repay their loans, so they were forced to sell off their assets to cover their loan payments. Things got worse when banks and trust companies, already under pressure from their own speculative loans and investments, were faced with bank runs by spooked depositors. Thus ensued the Panic of 1907.

Green was able to act as a major purchaser and lender during this time because she pre-emptively sold assets that she believed were overvalued to reduce risk. In her own words, she “saw the handwriting on the wall,” and converted every real estate deal she could close into cash. This gave Green what Warren Buffett likes to refer to as ‘dry powder’: ready cash to scoop up assets at low prices during sell offs.

But she insisted that she was always fair in her dealings, in sharp contrast to the so-called “robber barons” of the age, who took advantage of the limited regulation at the time to engage in unscrupulous behaviour to get rich at others’ expense.

Being a woman put Green at a disadvantage as an investor and financier at a time when few legal protections existed for women’s interests or their assets. Women would not even attain the right to vote in the United States until 1920, four years after Green’s death. But she was not afraid to defend what she considered rightfully hers – either in court or by telling her side of business disputes to the press. To many this made her an oddity,  to say the least.

She would sometimes defend herself to reporters, who were always anxious to listen, knowing Green made good copy.

“I am not a hard woman. But because I do not have a secretary to announce every ‘kind act’ I perform I am called close and mean and stingy. I am a Quaker, and I am trying to live up to the tenets of that faith. That is why I dress plainly and live quietly. No other kind of life would please me.”

Green’s father had taught her from a young age that wealth and property were a trust to be taken care of and enlarged for future generations, not squandered. Indeed, when she died in 1916, the New York Times reported that her death would likely have no effect on the stock market or any of the corporations in which she had invested, because she had invested her huge fortune such that “the inheritors, whether individuals or charities, would have no reason to disturb the investments.”