Why Are Interest Rates So Low? 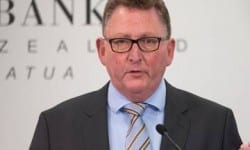 The Monetary Policy Committee (MPC) is an internal committee of the Reserve Bank of New Zealand (RBNZ) and is responsible for formulating monetary policy in New Zealand, directed towards the economic objectives of achieving and maintaining stability in the general level of prices over the medium term, and supporting maximum sustainable employment.

The global economic disruption caused by the spread of COVID-19 has been catastrophic, but the effects on the developed worlds’ share markets have largely been mitigated by the aggressive implementation of monetary policy tools.

Changing the Official Cash Rate (OCR) sends a powerful signal to the market for lower wholesale interest rates, which passes through to NZ Banks to lower their lending and borrowing rates. The intended effect is lower borrowing rates to stimulate investment by businesses and encourage consumers to spend and/or invest in productive assets rather than cash deposits. Lower interest rates, all things being equal, lowers the value of the New Zealand Dollar which is positive for New Zealand’s exporting primary sector, and increased spending generally has an inflationary effect on pricing which helps the RBNZ achieve its inflation policy target.

Changes to the OCR has been the primary monetary policy tool used by the RBNZ, until the COVID-19 pandemic. The OCR was maintained at 0.25% at the August 2020 MPC Meeting, which is consistent with the RBNZ’s commentary at the March 2020 meeting indicating to the market that it will likely be maintained at this level for 12 months. The MPC agreed that, “any future move to a lower or negative OCR, if complemented by a Funding for Lending Programme, could provide an effective way to deliver monetary stimulus in addition to the expanded Large Scale Asset Purchasing (LSAP) program, if needed.”

The LSAP programme is a monetary policy tool that involves the RBNZ undertaking large scale purchases of New Zealand Government bonds on the secondary market. Purchasing of listed bonds increases the demand on a limited supply of listed securities, increasing the price of these securities, which applies downward pressure on government bond yields (price & yield are inversely related). Government Bonds are widely respected as a risk-free investment, so when lenders and borrowers are calculating the appropriate interest rate to apply to a transaction, they often use a government bond yield for a particular term plus a risk margin. As the yield on government bonds drop, so does the yield on newly issued bonds, term deposits and lending etc.

The initial size of the LSAP programme was NZD $30 Billion over a 12-month period, starting with weekly purchases of NZD $750 million per week via an auction process. On the 25th of March 2020 the RBNZ started its LSAP program. It was expanded in May 2020 to $60 Billion NZD over 12 months to include NZ Government Bonds, Local Government Funding Agency Bonds and NZ Government Inflation-Indexed Bonds (previously excluded), and expanded again in the August MPC Meeting to NZD $100 Billion.

In the RBNZ August Monetary Policy Statement the MPC discussed the expansion of the LSAP programme for the purpose of lowering wholesale interest rates which will pass through to retail interest rates for borrowers & lenders, along with lowering the exchange rate (value of the NZD).

According to the RBNZ, “A negative OCR influences activity in the economy through channels similar to those for a positive OCR. It would lower short-term benchmark rates, flowing through to lower lending and borrowing rates for households and firms, and put downward pressure on the exchange rate.” The experience internationally with negative interest rates showed that retail deposit rates tend not to fall below 0% p.a. This will likely be similar for bank lending rates in a negative OCR environment as retail lending rates are priced at a margin above a benchmark rate and bank funding costs.

A Term Lending Programme would involve the RBNZ providing credit facilities directly to lending institutions in New Zealand. According to the RBNZ, “A term lending programme may be increasingly useful for supporting the pass-through of monetary stimulus if the OCR were reduced. The programme could help to ensure that bank lending rates remained responsive to declines in the policy rate even as retail deposit rates approached zero.”

Purchases of foreign assets creates additional demand for foreign currency in exchange for New Zealand Dollars (NZD), asserting downward pressure on the value of the NZD. Benefits of the RBNZ purchasing foreign assets includes lower interest rates for borrowers, leading to increased consumption from retail consumers and capital expenditure from businesses, along with a weaker NZD supporting NZ exporters.

The RBNZ has a variety of tools available for supporting the NZ economy, and its widely anticipated that further action will be needed in the coming months. Lower interest rates and a weaker NZD is largely positive for listed NZ companies and the value of existing bonds in client portfolios.

The prospect of a rise in inflation and future interest rates

By the end of 2019, the world was already showing signs typical of a late-cycle phase. Material structural imbalances were unfolding including spluttering regional and global demand, over-indebtedness in major pockets, and weak inflationary impulses. The onset of COVID-19 has dramatically devastated the world, and central banks and governments have quickly implemented enormous emergency liquidity and accommodation measures to prevent the world from descending into a deep recession and potential depression. Meanwhile, three key megatrends have conspired to temper worldwide growth and inflation.