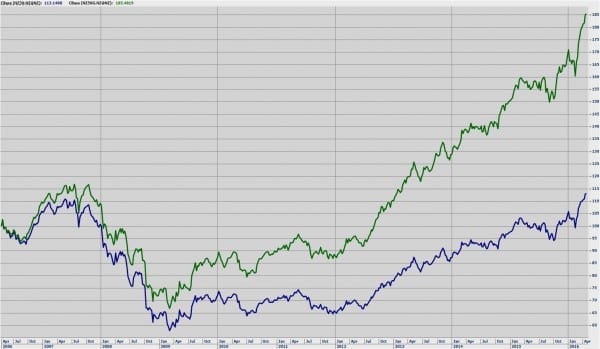 Nine years later, the stock exchange has finally surpassed the previous peak, with the index valued at 3359.63 on Tuesday.

While headlines suggest the market is constantly hitting new record highs, that is on the basis of the NZX 50 “gross” index which includes re-invested dividend payments.

The gross index has soared almost 60 per cent over the same time it has taken the capital index to break even.

Hamilton Hindin Greene investment adviser Grant Davies said New Zealand was one of the only markets in the world to use a gross measure.

Overtaking the 2007 peak on the more directly comparable capital index was worth celebrating, he said.

Many local corporates were operating in “captured markets”, with little appetite to expand beyond the country’s borders.

That meant profits tended to be paid out to shareholders rather than re-invested in the company’s growth.

Davies said dividend yields were typically 5 to 6 per cent and sometimes higher, while in overseas markets yields were more like 1 or 2 per cent.

While the NZX capital index has surpassed the 2007 peak, it is not yet at an all-time high.

The index was at almost 4000 points in 1987, immediately before a stockmarket crash wiped out huge swathes of the market.